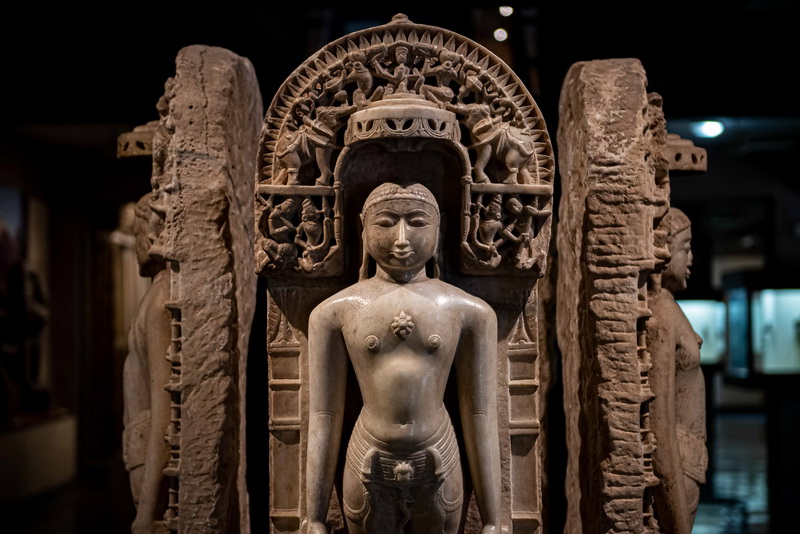 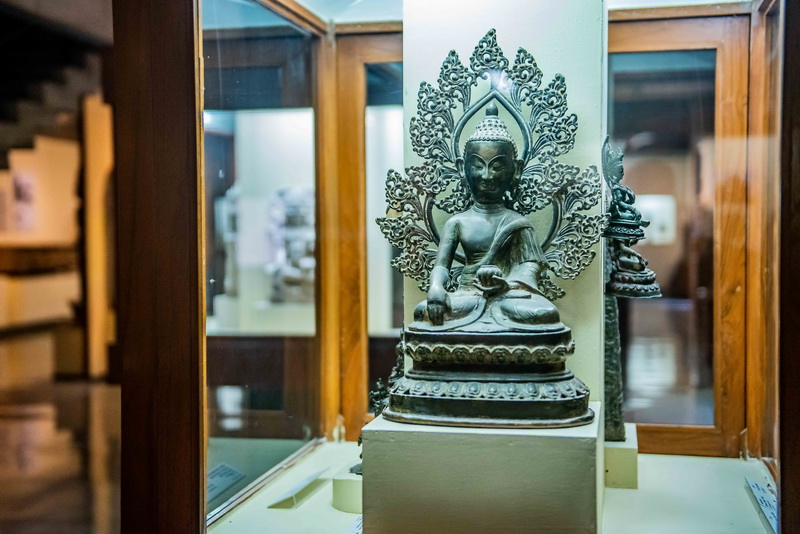 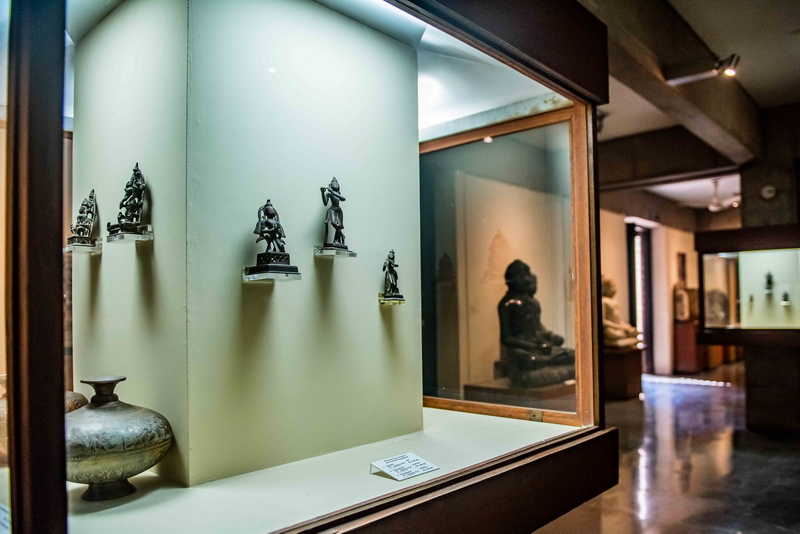 Previous Next
Ahmedabad’s Popular, Modern era, Museums and Institutes, Sites With Audio Guides, Sites with Bluetooth Beacons
Approximate Distance From Where You Are: 213.9 Kilometer

The idea of an Indian culture research institute was first mooted by Shri Punyavijayji, a Jain Muni (Monk) and the project was taken up by Kasturbhai Lalbhai, a great institution builder of Ahmedabad. The land was donated by Ahmedabad Education Society.

The institute was designed by Balkrishna Doshi in the modernist style of architecture, adapted to the climatic conditions of Ahmedabad. Shri Punyavijayji donated manuscripts and documents that are of much interest to Jain monks and scholars. In 1963, the collection was displayed on the first floor of a building on the campus.

The museum was formally opened to the public as the Lalbhai Dalpatbhai Museum in 1984 in a new building designed by master architect Balkrishna Doshi, with two galleries – the Smt. Madhuri Desai Gallery on the ground floor exhibiting a stunning collection of sculptures and woodwork donated by Madhuri Desai in 1978 and the Muni Punyavijayaj Gallery with its Jain art on the first floor.

In 1993, the museum was enriched by the collections of N.C. Mehta Museum of Miniature Paintings. Nanalal C. Mehta died in the year 1958 after which his collection was donated by his wife Shanta Mehta to the Gujarat Museum Society who made a museum in his honour that was inaugurated by Jawaharlal Nehru.

The museum was moved from Sanskar Kendra where they were being affected by dampness to L.D. Museum. A special gallery with controlled lighting was designed by Doshi, to exhibit the paintings. Other benefactors also were generous in their donations – you can see Priyanka Munshaw’s coin collection, Lilavati Lalbhai’s woodcarvings and bronze Buddhas, and Arvindbhai Narrottam’s Chola bronzes.

The museum collection features art and artefacts from the great dynasties that ruled India like the Mauryans, the Cholas and the Mughals, with some of the pieces dating to the fifth century.

The three great religions born in India, Hinduism, Buddhism and Jainism are well-represented but the key collections are of Jain art, including sculptures, scrolls, illustrated manuscripts and book covers, and miniature paintings. The collection of Jain manuscripts is outstanding.

The museum has a scroll painted at Agra by the Mughal painter, Ustad Salivahana, in 1610 AD which illustrates the Mughal emperor Jahangir's farman prohibiting the killing of animals in his empire during the Jain festival of Paryushana. This scroll is called Vijnaptipatra.

Approximate Distance From This Site: 2.14 Kilometer
Centre for Environment Planning and Technology (CEPT)

Approximate Distance From This Site: 1.61 Kilometer

The museum is open on all days, except on Mondays and public holidays. Guided tours are arranged for groups on prior appointment. The museum has regular events like workshops and exhibitions. Publications and postcards are sold at a counter in the museum. Contact: Lalbhai Dalpatbhai Museum, L.D. Institute of Indology Campus, Near Gujarat University, Navarangpura, Ahmedabad. Phone: +91-79-26306883 Email: mail@ldmuseum.co.in