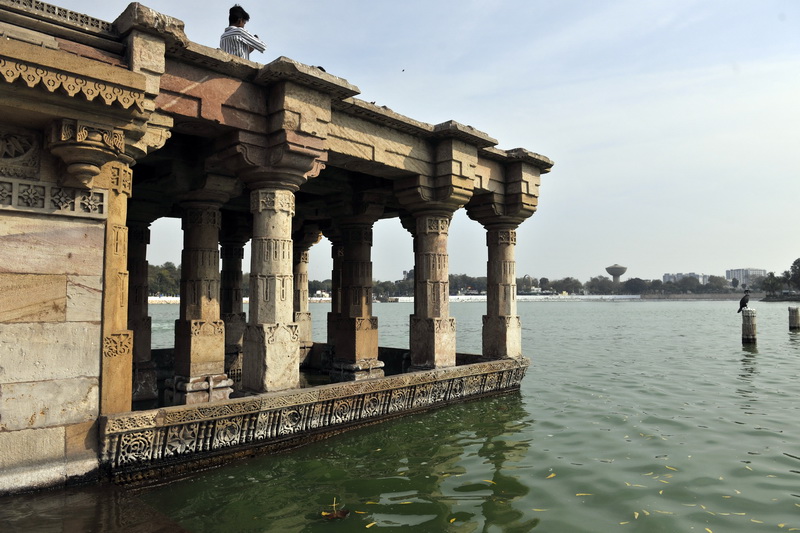 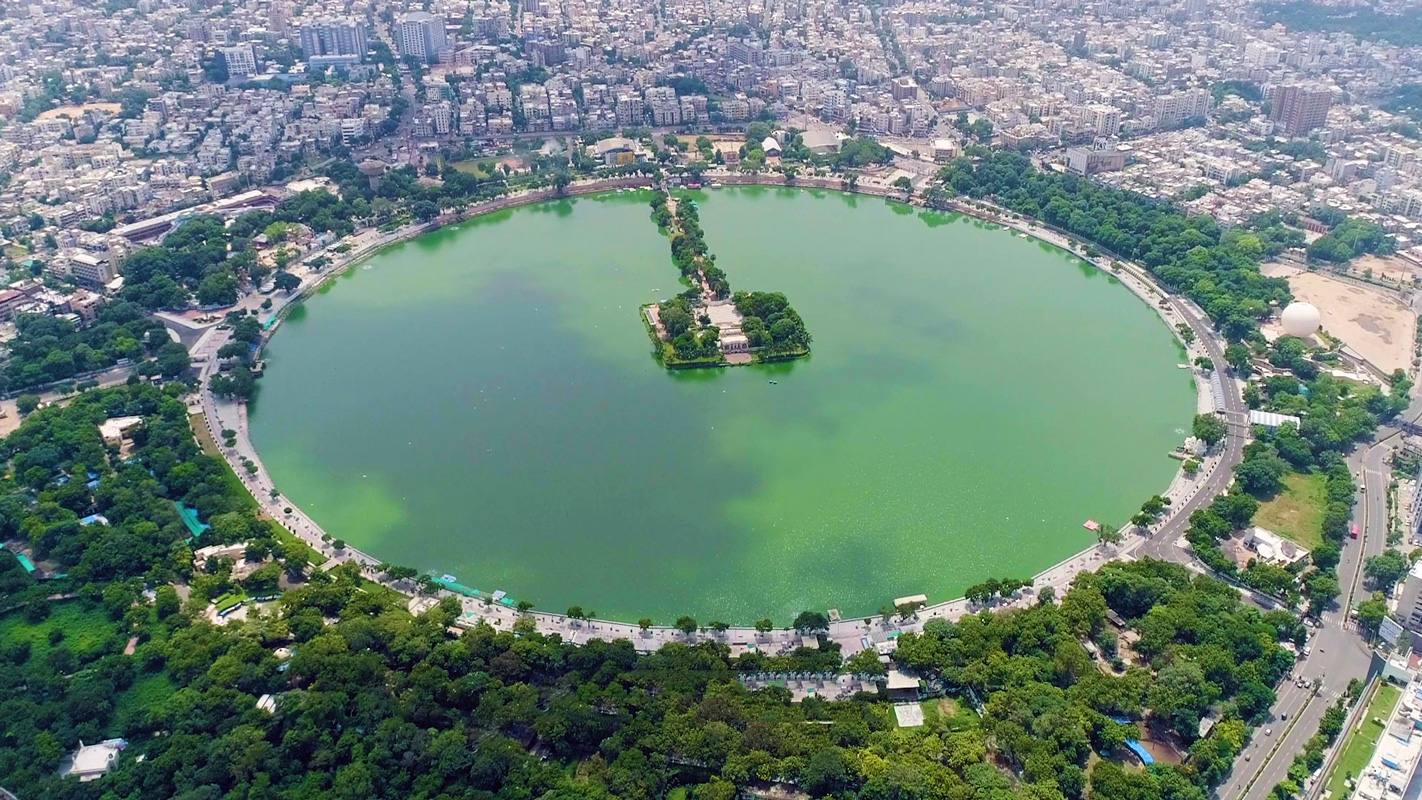 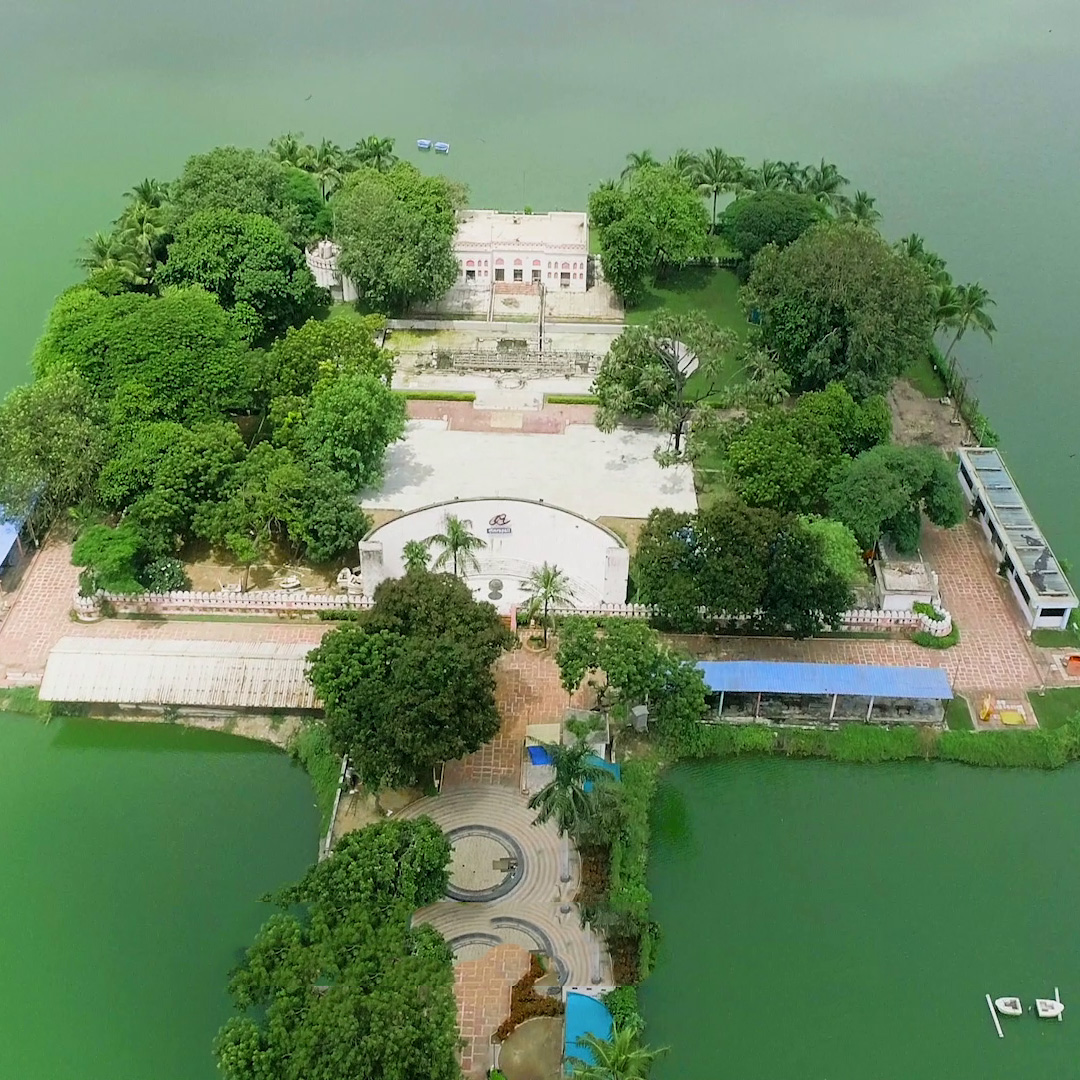 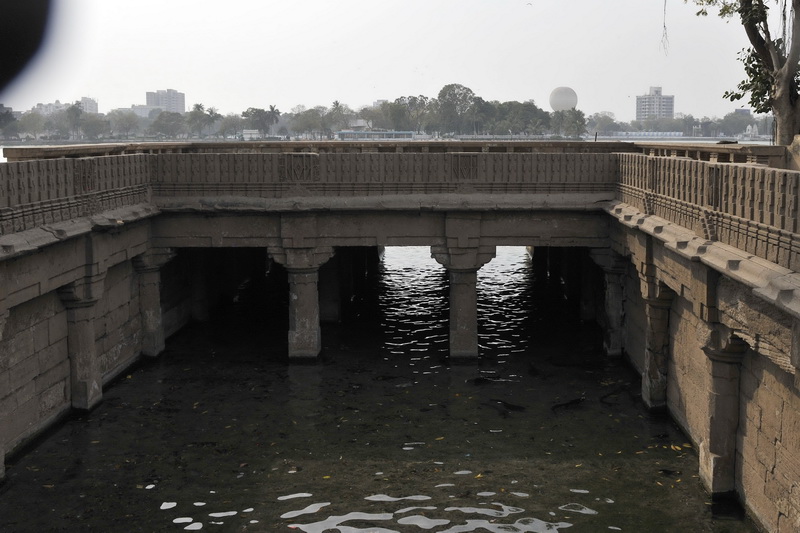 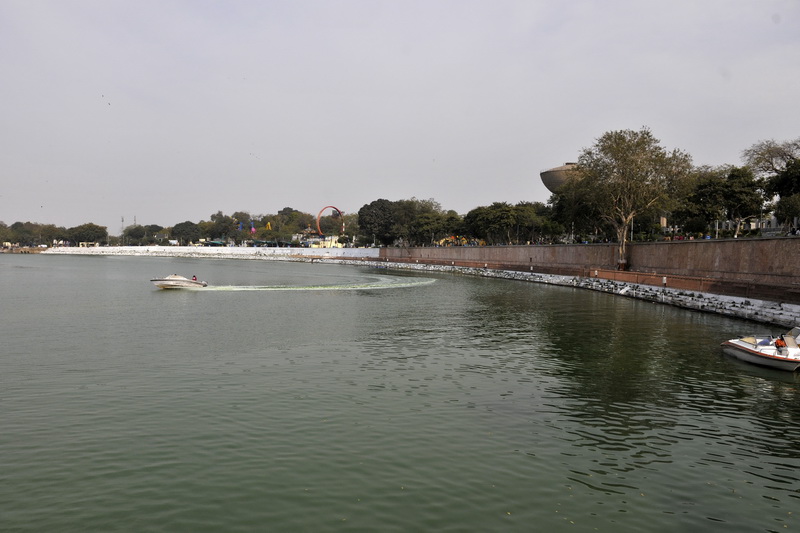 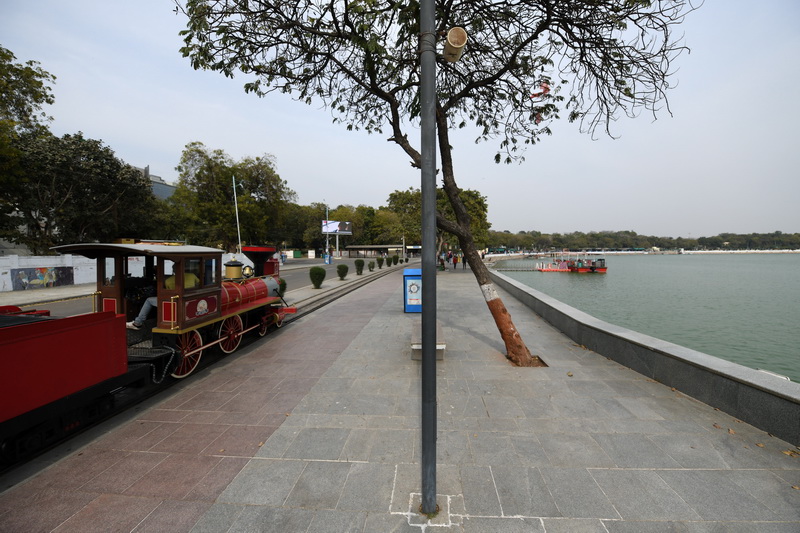 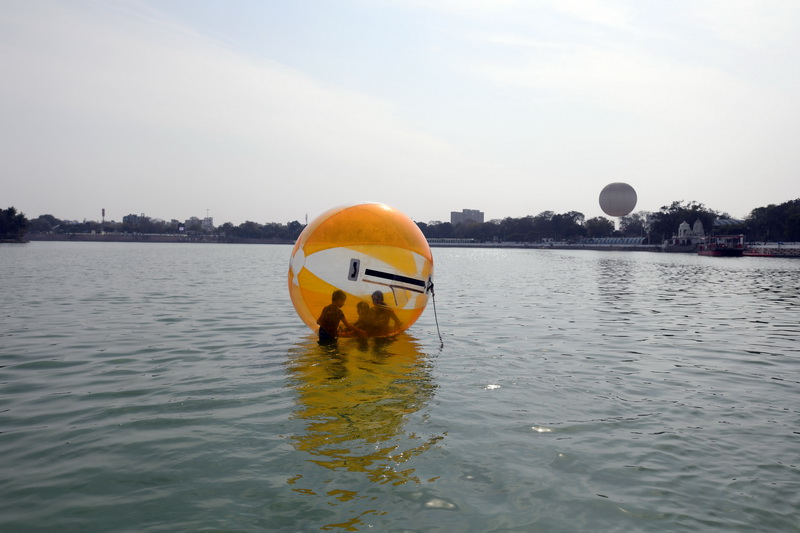 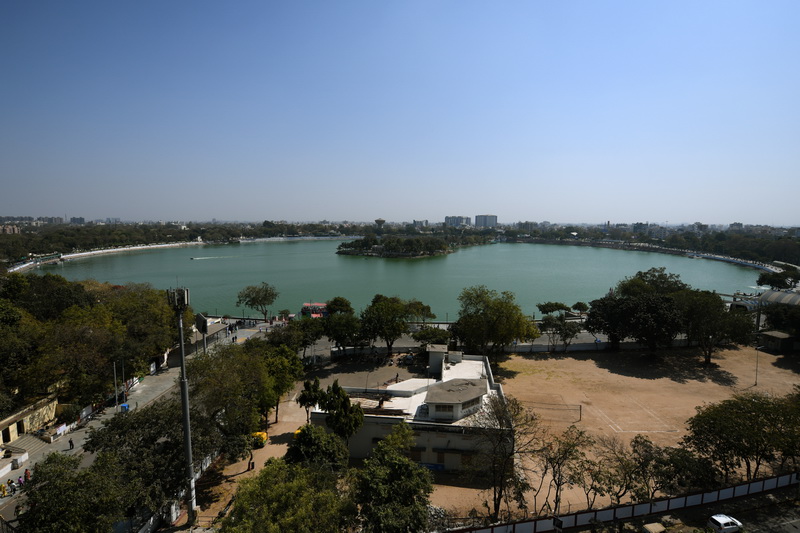 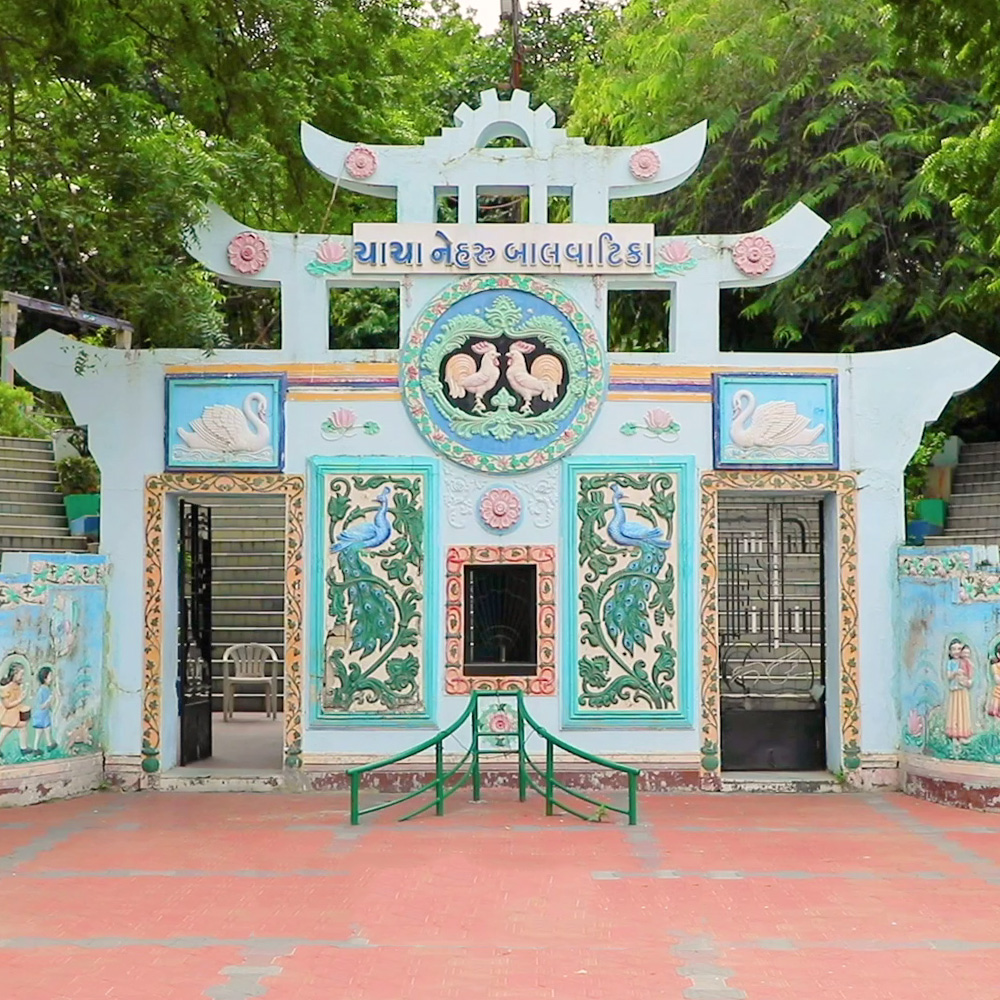 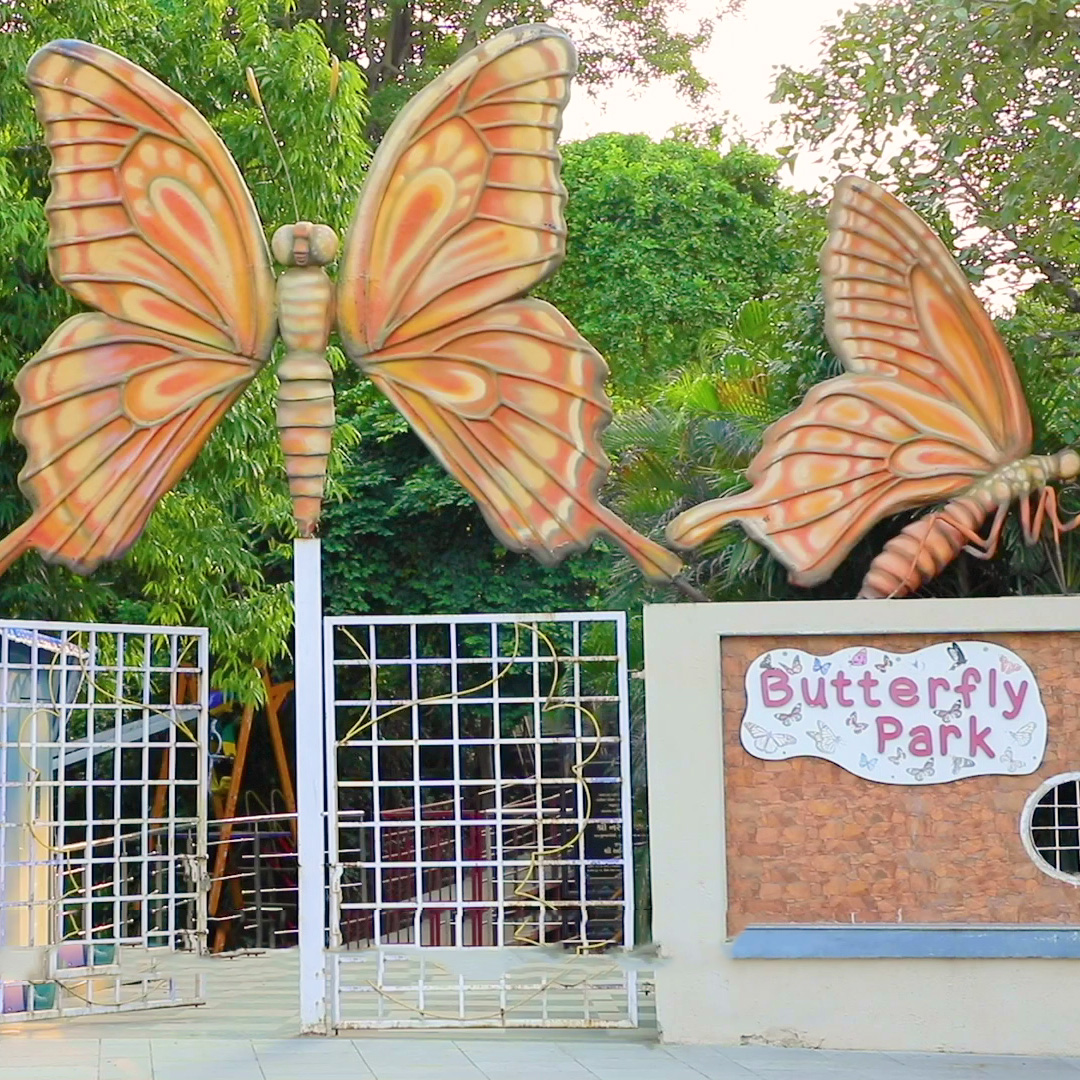 One of Ahmedabad’s best-known landmarks, Kankaria Lake is a recreational hub of the city. The embankments of this enormous water-retaining structure built in the 15th century has some fine sandstone work specially along the sluice gates or inlets with carvings and screens reminiscent of the mosques and mausoleums of the walled city.

Steps lead down to the lake, and there are also pavilions that offer shade. The centrepiece of the lake is an island garden called Nagina Wadi, reached by a causeway.

Kankaria Lake, about 600 metre wide, was excavated during the rule of Qutb-ud-Din Ahmad Shah II, who reigned over the Gujarat Sultanate from 1451 to 1458. Called the Hauz-e-Qutab this lake during the monsoon was filled with water that could feed the city during the dry months.

By the 1950s and ‘60s, the lakefront began to grow in popularity as a recreational area with the development of a zoological park, children’s amusement park, gardens and other facilities. Many food vendors and street stalls came up along the lakefront.

In 2008 the remarkable Kankaria Lakefront Redevelopment Project upgraded the standard of facilities along this impressive water body. A variety of attractions have been added since 2008.

The lakefront park is entered by a magnificent gateway designed to represent the architecture of the Gujarat Sultanate. The pedestrian only lakefront park has a promenade. This is a child-friendly area with a toy train called Atal Express and play areas for children. The park has gardens and fountains. A little further away is the tethered balloon – get into the basket and go up in the balloon for a superb panoramic view of the city.

Nearby, you can hire a Segway, a two-wheel balancing vehicle, for a ride around the lake. A number of aquatic activities and boating can be enjoyed at the lake. Tree-climbing while wearing an imported harness, mini-golf, mirror maze and other attractions abound at the lakefront park.

Along the lakefront park, Kid’s City is like a miniature scaled down world for children where they learn through realistic role-play at micro-versions of a fire station, a post office, a police station, an ice-cream factory and other utilities.

Opposite the lake, the Kamala Nehru Hill Garden Zoological Park is one of the most visited zoos in India. The zoo was started in the 1950s by the Ahmedabad Municipal Corporation with the late Reuben David as its first superintendent.

The zoo became famous for the interest David took in each of the animals, its breeding record of lesser flamingo, water monitor and various endangered species, and its record of maintaining albino specimens of many mammals and birds. You can see big cats, herbivores, monkeys, birds and reptiles. The pride of the collection is the enclosure with Nicobar pigeons.

Near the zoo is the Balvatika, a children’s park with a maze of mirrors and other attractions. There is also an informative Natural History Museum with dioramas featuring stuffed animals and birds in their natural habitat. The Butterfly Park is a garden that has been landscaped to create a habitat for butterflies – walk around the park to see butterflies flitting around the flowers.

Head for a perfect evening of games, or just chill sometime along the lakeside or grab a perfect selfie spot for a vacay-perfect picture – Kankaria has it all!

Approximate Distance From This Site: 1.51 Kilometer

Kankaria Lake and zoo are open on all days of the week, except on Mondays. The lakefront is open Tuesday to Sunday 09:00 Hours to 22:00 Hours, closed on Monday. Entry tickets have to be bought to enter the lakefront. There are separate tickets for some of the parks, attractions and rides. For more information contact to: Ahmedabad Municipal Corporation, VyayamShala, Gate no. 3, Kankaria, Maninagar, Ahmedabad-380008 Email: kankarialake.amc@gmail.com