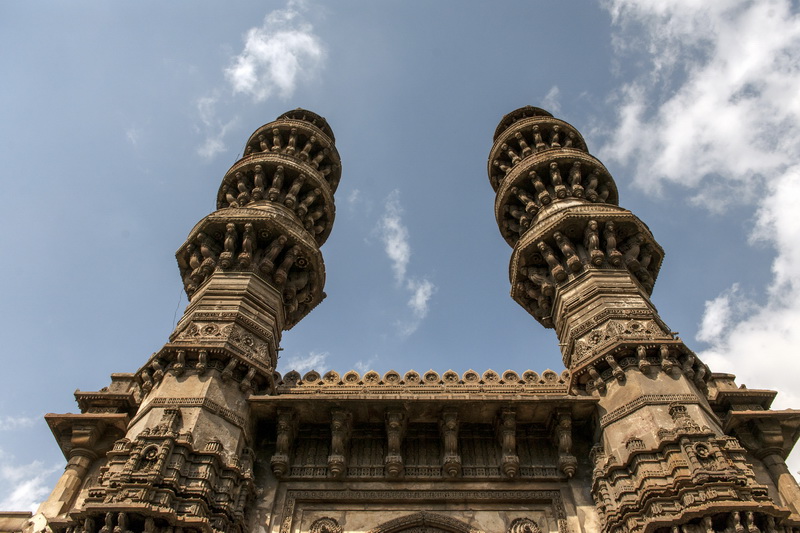 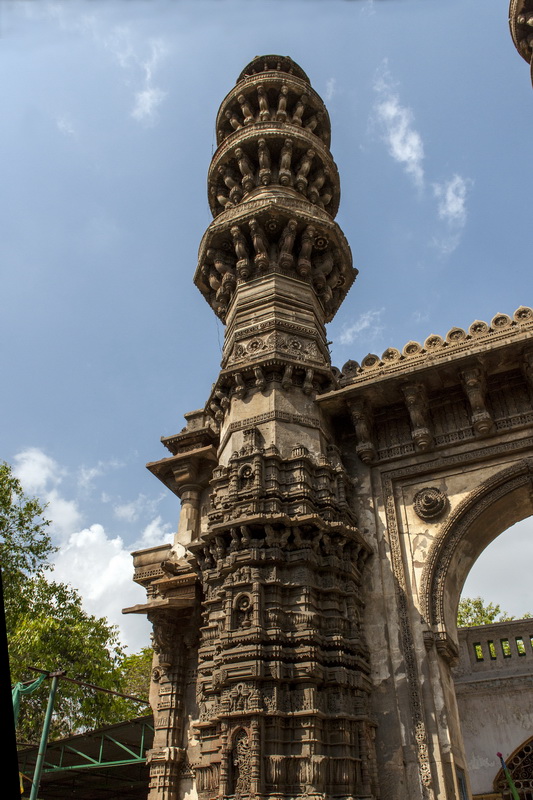 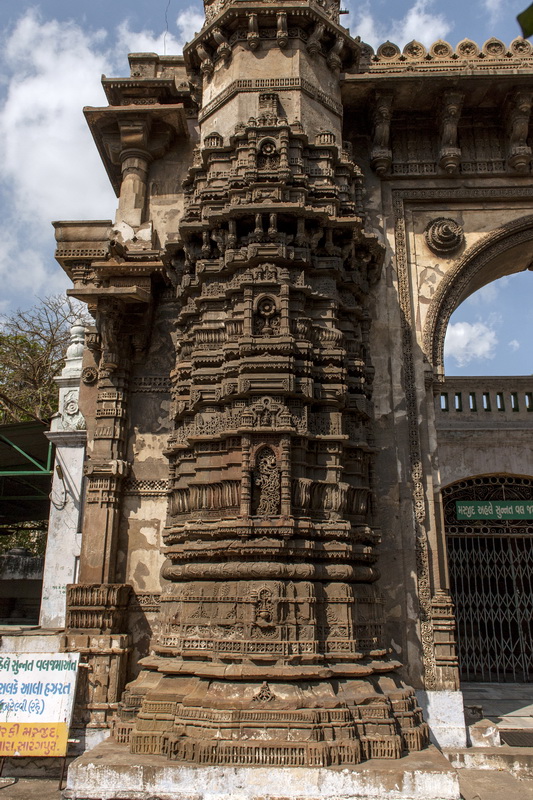 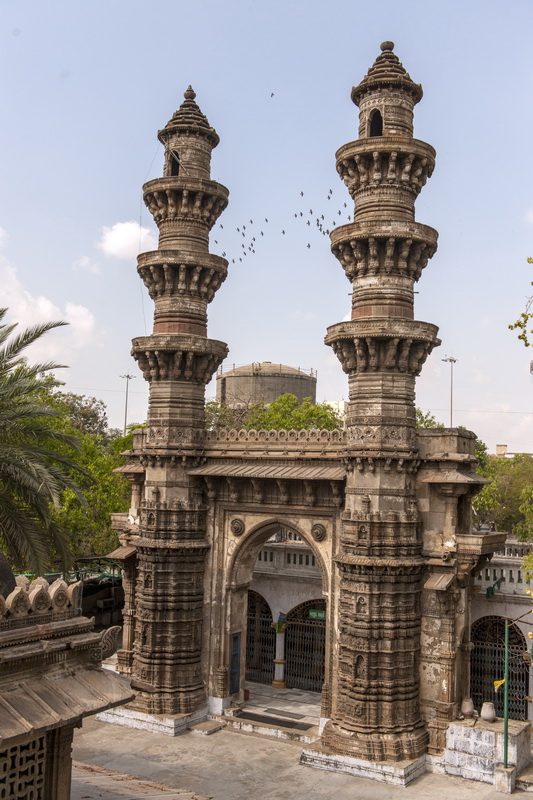 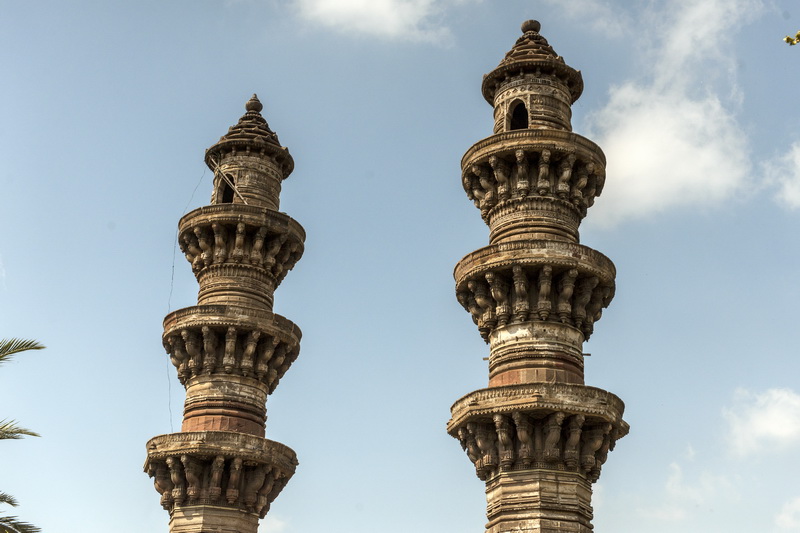 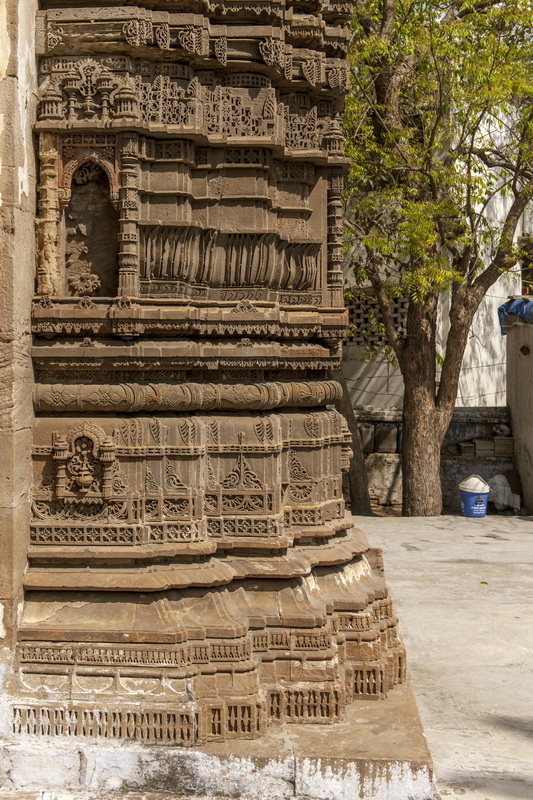 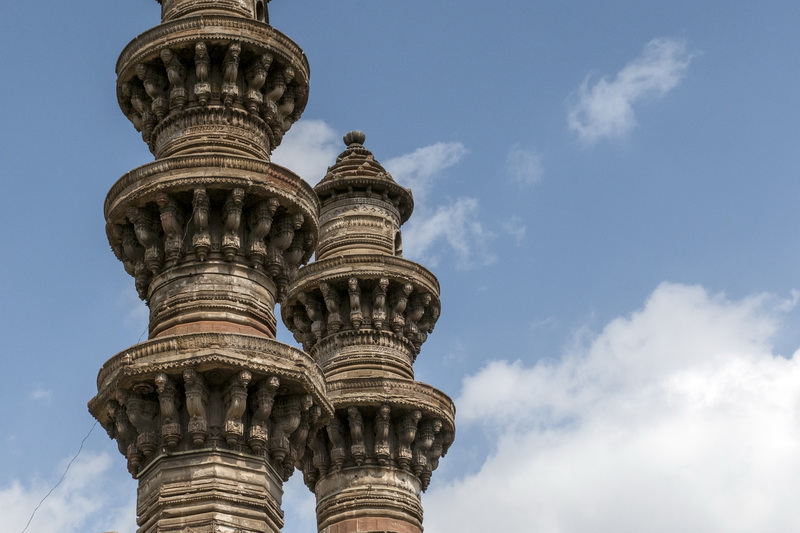 Previous Next
Ahmedabad’s Popular, Sultanate era, Sites With Audio Guides, Sites with Bluetooth Beacons
Approximate Distance From Where You Are: 212.27 Kilometer

Shaking Minarets are a feature of Ahmedabad, and these technologically and architecturally interesting works can be seen at Sidi Bashir Masjid as well as at a site next to the railway station in Kalupur.

The mosque gets its name from Sidi Bashir, an African-origin slave in the service of Sultan Begada. It is also believed that this mosque and its remarkable pair of minarets was built by Malik Sarang in 1452.

The mosque was destroyed during an attack on Ahmedabad by the Marathas in 1753 but the minarets loom tall with the arched gateway over the connecting platform. The unique aspect of these minarets is that when one is shaken the other vibrates.

This was probably a defence mechanism against earthquakes as the minarets allow the vibrations to pass through them but do not collapse.

The structure of these minarets and their ability to vibrate in sympathy is an example of the architectural knowledge of its architects in the 15th century. Monar Jonban in Iran also has a pair of shaking minarets.

The shaking minarets are three-storey tall with carved balconies. A staircase runs through the minarets. These minarets are constructed from sand stone, which is one of the strongest materials. In the course of time, they are much damaged due to general weathering but still stand tall displaying marvel.

Approximate Distance From This Site: 1.09 Kilometer

Entering the minarets is not permissible so visitors cannot experience the coupled oscillations.