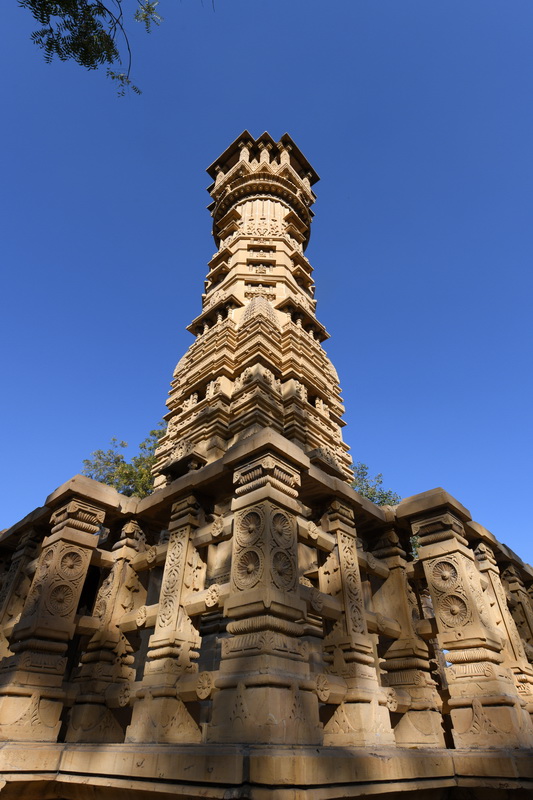 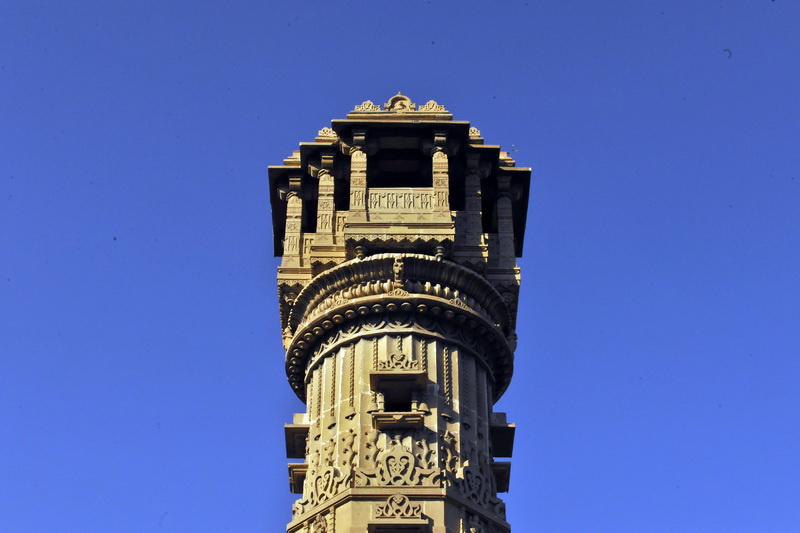 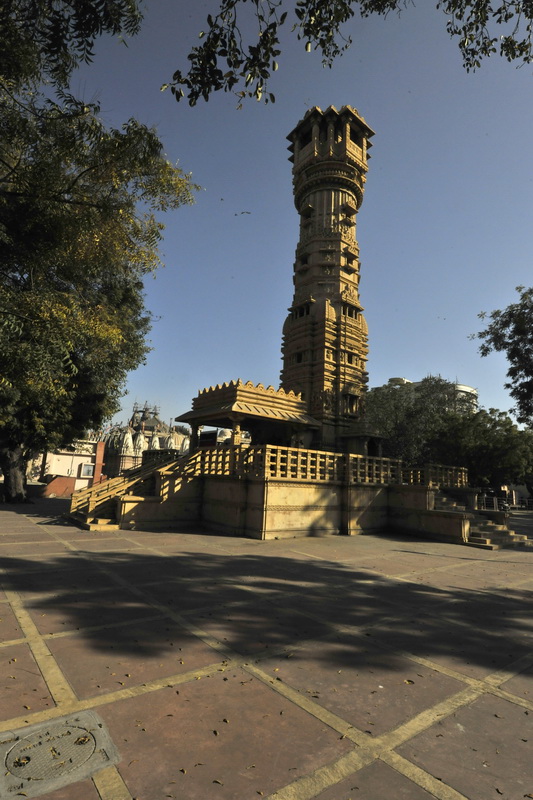 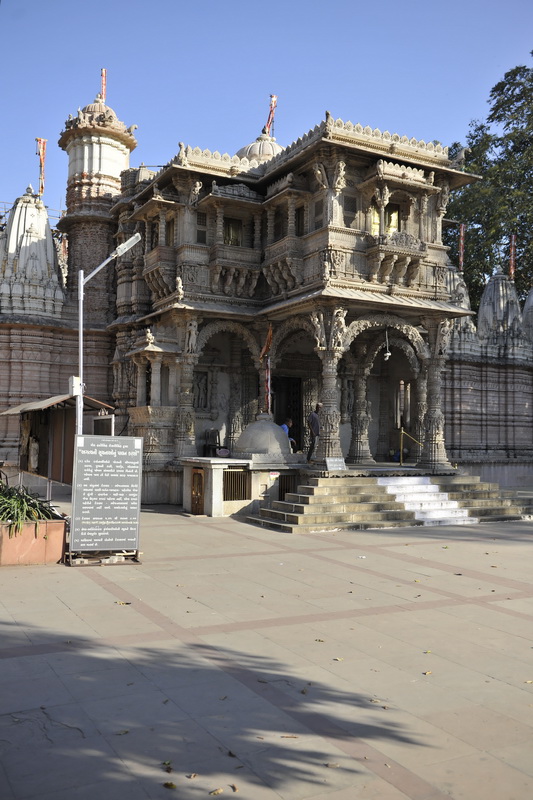 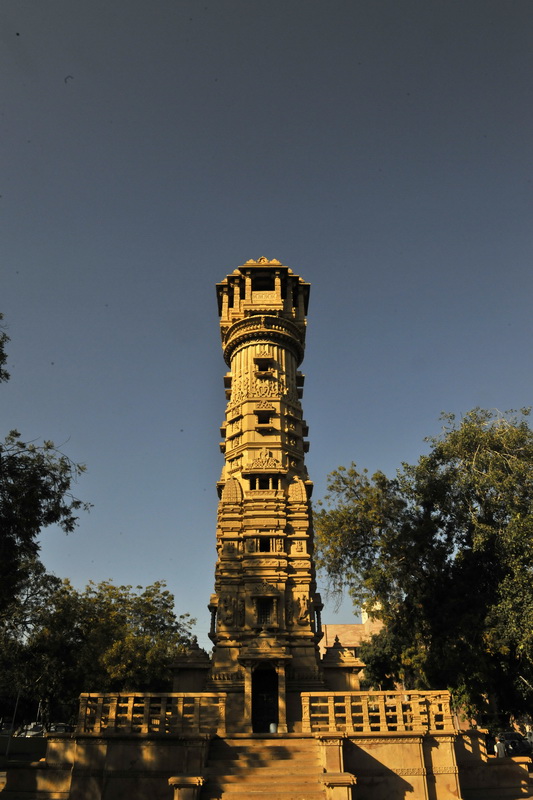 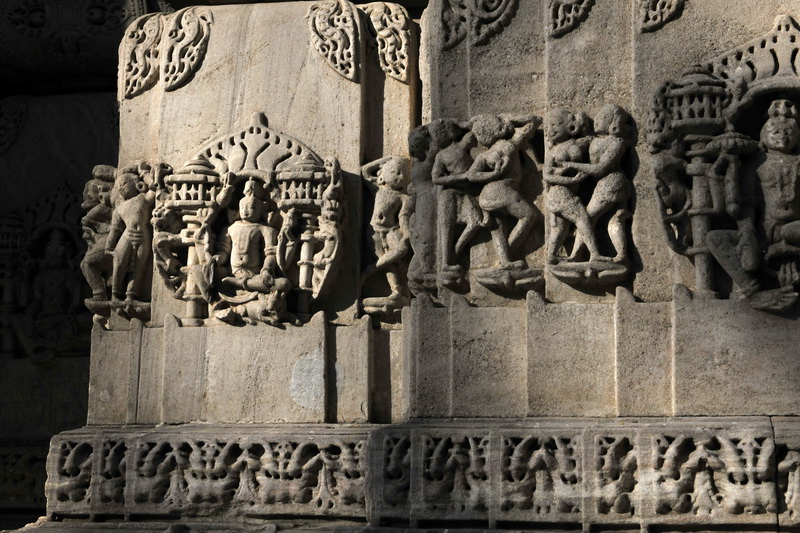 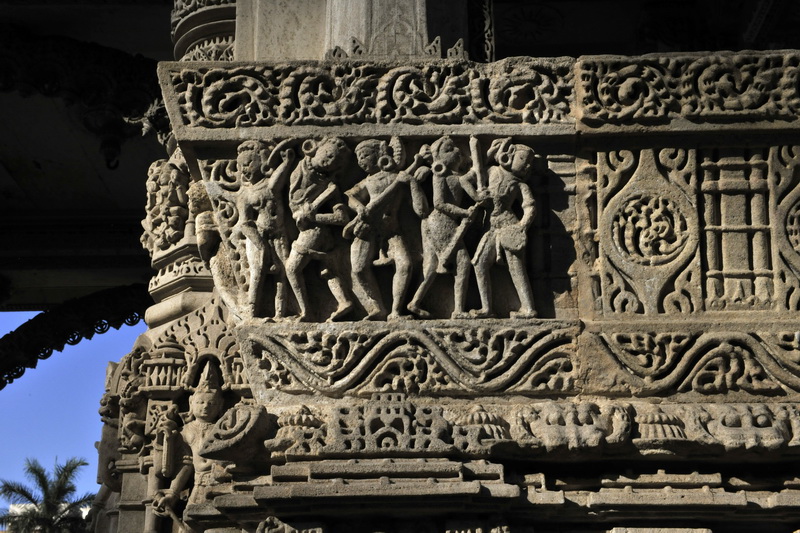 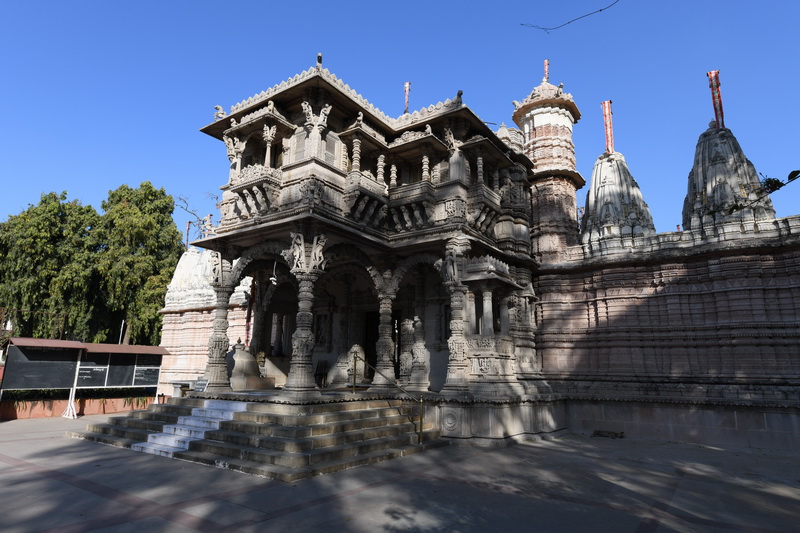 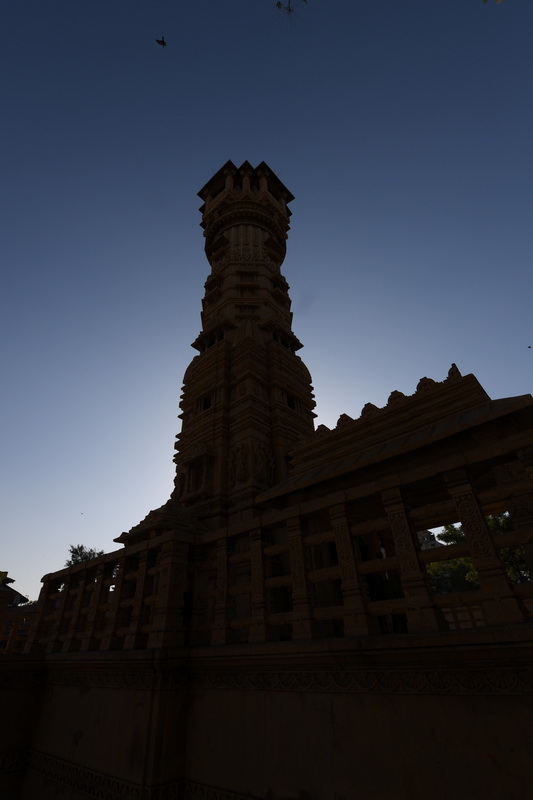 The largest and one of the best-known of the many Jain temples in Ahmedabad, Hutheesing Temple lies in the sprawling grounds of Huteesing-ni-Wadi which has gardens, temples and guesthouses. The temple was completed in 1848.

This temple was built by Hathisinh Kesarisinh, one of Ahmedabad’s prominent Jain businessmen. He is said to have decided to convert the estate of his extended family into a temple to provide employment to artisans during severe famine. Hathisinh passed away during the building of the temple and the construction was completed by his dynamic wife Shethani Harkunvar after his death.

The temple was opened in 1848. It has become an important religious centre for Shvetambara Jains.

The temple complex is a major landmark of the Delhi Darwaja – Shahibaug Road, with the six-storey tower called Manastambha (or column of honour) looming up behind the high walls that face the main road. Inspired by the Jain Manastambha and the Kirtistambha at Chittorgarh in Rajasthan, this tower is a recent addition to the complex. It enshrines a statue of Lord Mahavira.

Designed by master craftsman Premchand Salat, the temple’s architectural style is eclectic with the Solanki-period architecture being dominant together with the Ahmedabad Sultanate’s Indo-Saracenic style seen in the profusion of arches and latticework screens called 'jalis'.

As you approach the temple, you can see the wealth of carvings on the façade, jarokha balconies and the richly decorated entrance with a marble door. The temple is entered by steps underneath a gateway pavilion intricately carved with musicians and dancers who welcome devotees. Inside, the white marble walls, columns and ceilings are embossed with smooth carvings of dancers, musicians, animals and flowers.

The richly carved open mandapa leads to the main sanctuary. The temple is dedicated to Dharamnath, whose statue stands in the main sanctuary. He is the fifteenth tirthankara, or “ford-maker”, one of twenty-four great teachers sanctified by the Jains. Fifty two subsidiary shrines in the pillared cloisters around the courtyard hold jewel-eyed marble images of tirthankaras.

A noteworthy featuring of the temple is its traditional rain water harvesting system that is still in place.

Approximate Distance From This Site: 1.14 Kilometer

The temple complex has a museum that offers information about Jain history and the life of Jain spiritual leaders that is closed at the time of writing because of the Covid-19 situation. As this is a religious place, please make sure you are respectably dressed and read the rules outside the main entrance before entering. Photography is restricted. You need to take permission from the office of the temple trust near the temple entrance. Contact Details : Delhi Darwaja - Shahibaug Road, Bardolpura, Delhi Darwaza, Ahmedabad Phone +91-79-22180774