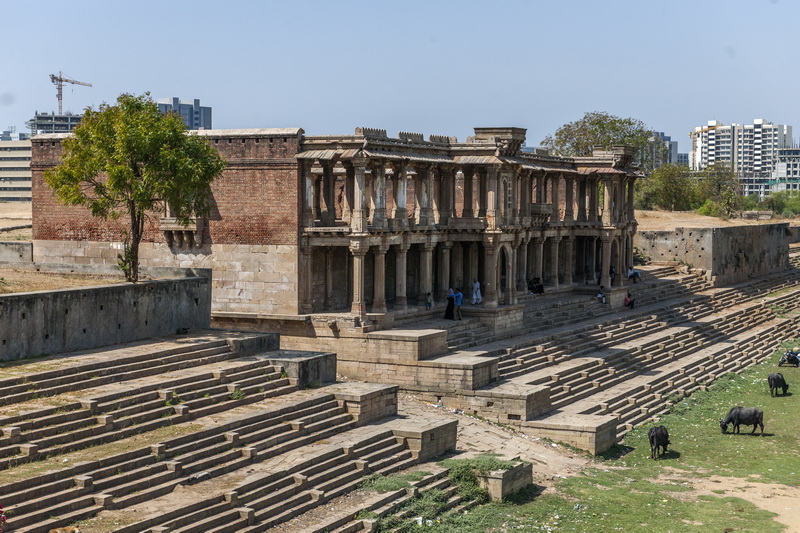 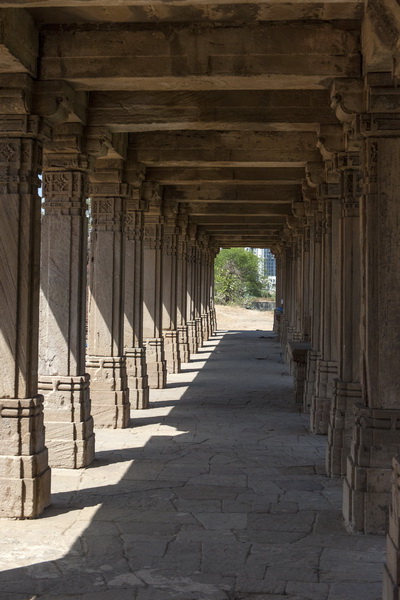 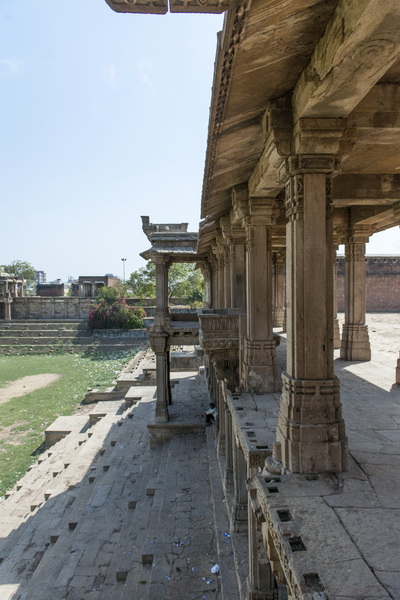 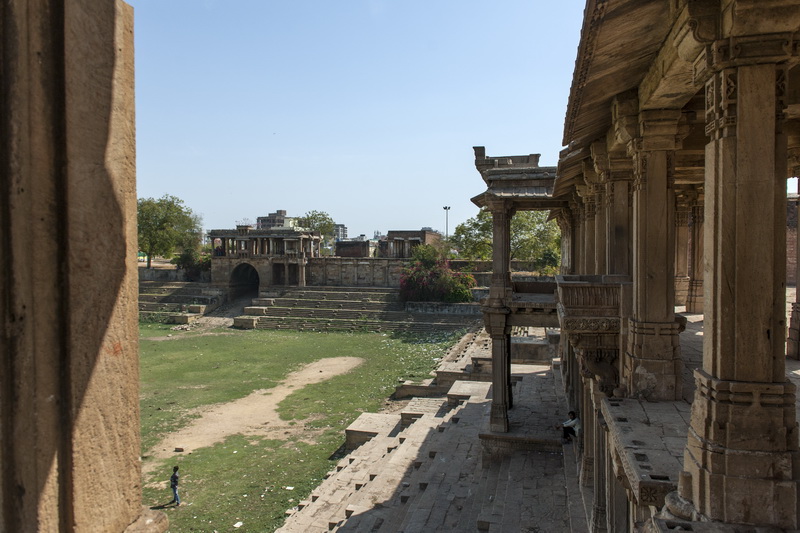 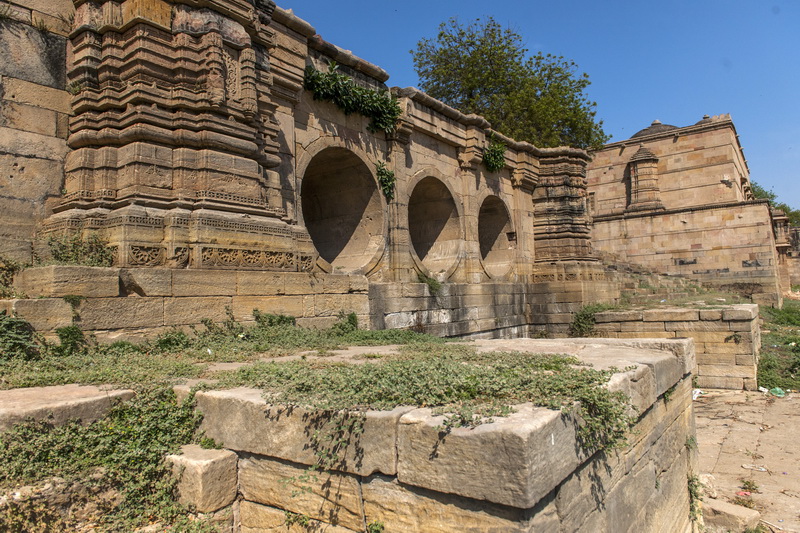 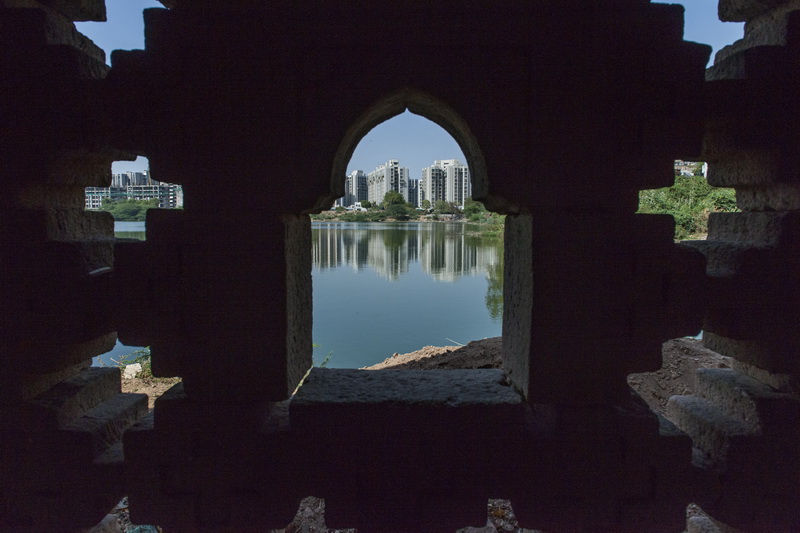 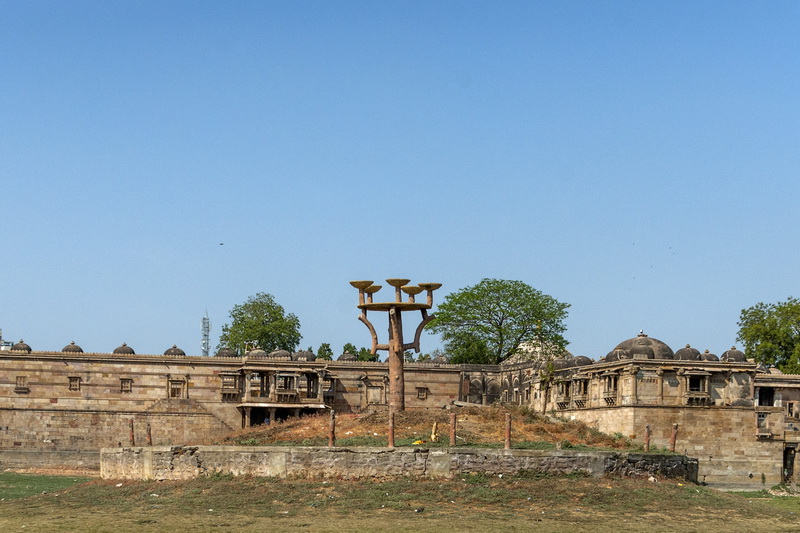 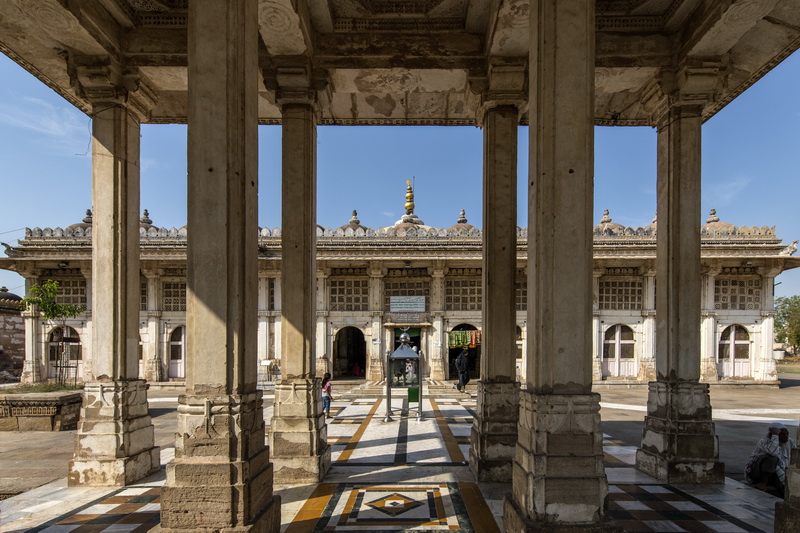 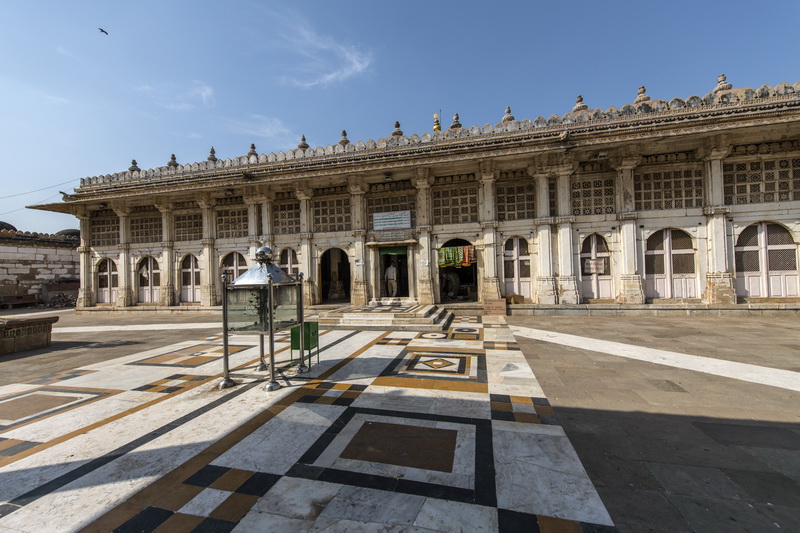 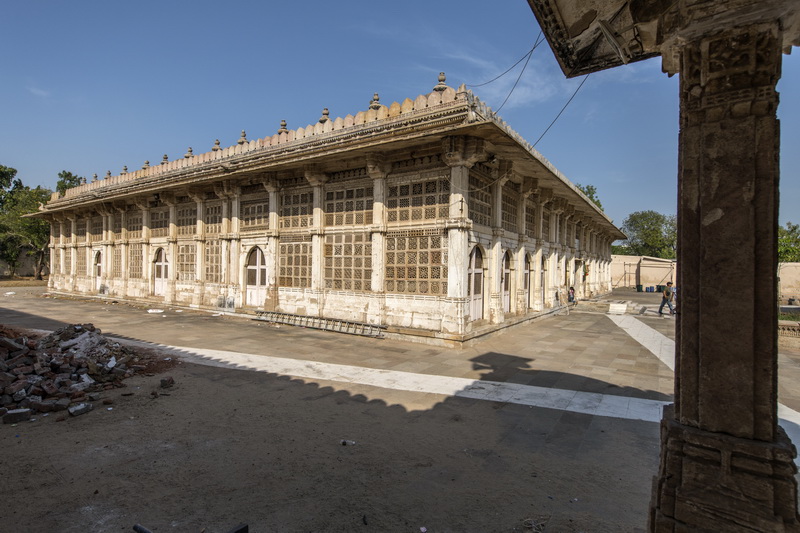 The complex of Sarkhej Roza contains a mosque, tombs and palaces. The Roza is the mausoleum of Ahmed Khattu Ganj Bakhsh who was buried here.

Sarkhej Roza is dedicated to Shaikh Ahmed Khattu Ganj Bakhsh, the spiritual mentor of Ahmedabad’s founder Sultan Ahmed Shah. Many come to pay their respects to the Sufi saint Ganj Bakhsh. On his return from Mecca, he settled at Anhilwara Patan which was then the capital of Gujarat before moving to Sarkhej.

He is said to have convinced Ahmed Shah to shift his capital to present-day Ahmedabad. Sultan Ahmed Shah built the mausoleum of Ganj Bakhsh in 1445 after his death and the building was finished in 1451. Subsequently, more buildings were added by Sultan Mahmud Begada.

Sarkhej Roza is an atmospheric complex with the palaces, tombs and mosque set around a huge water tank that is now often dry. The tank was constructed by Sultan Mahmud Begada in the mid-15th century. The three main buildings are accessible through a large courtyard with a pavilion standing in the centre.

Behind the pavilion is the tomb of Shaikh Ahmed Khattu Ganj Bakhsh built by Sultan Ahmed Shah. This mausoleum is double-height and there are fine stone screens (jalis) across the top of the façade. This is one of the largest mausoleums in Gujarat, measuring about 32 square metres and containing 13 bays, with the central chamber holding the grave.

The grave is made from delicately carved marble. Next to the mausoleum is the Jama Masjid, the Friday Mosque.

The tomb of Mahmud Shah, his queen and his son are on the lakeside. They have beautiful filigreed screens or jalis. The pillared interiors also have panels giving information about the complex. The queen’s tomb has an enchanting view of the water tank.

On the banks of the lake are the summer palaces built by Sultan Mahmud Begada. The queen’s pavilion is large and elegant with arches and columns. The king’s palace has a columned hall and jharokhas. Behind the king’s palace are the 16th century tombs of Siddi noblemen. At the northern edge of the tank is the sluice gate with carvings.

The Globally renowned architect, Le Corbusier in 1955 was left wonderstruck with this masterpiece & he compared the composition of Roza with Acropolis in Greece. When you visit the Roza do not miss to see the beautiful impressions sunlight creates on the tomb and walls of Dargah.

Approximate Distance From This Site: 3.98 Kilometer

The complex can be visited between 9:00 Hours and dusk.