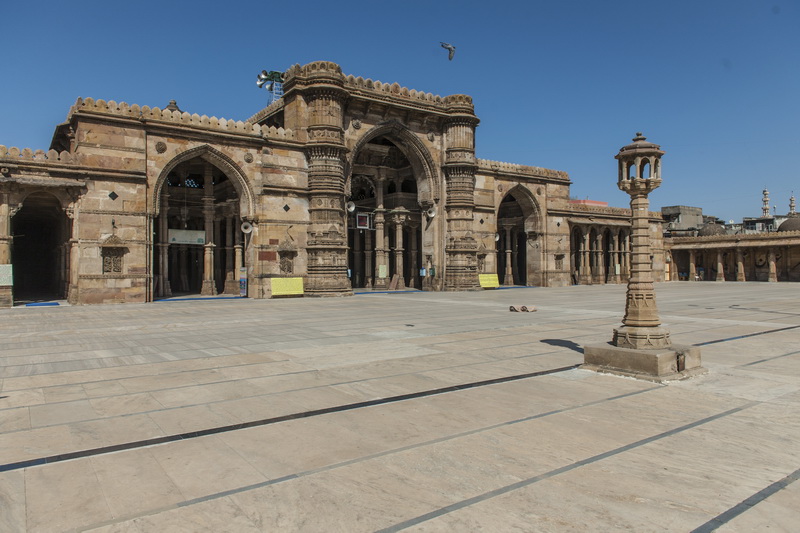 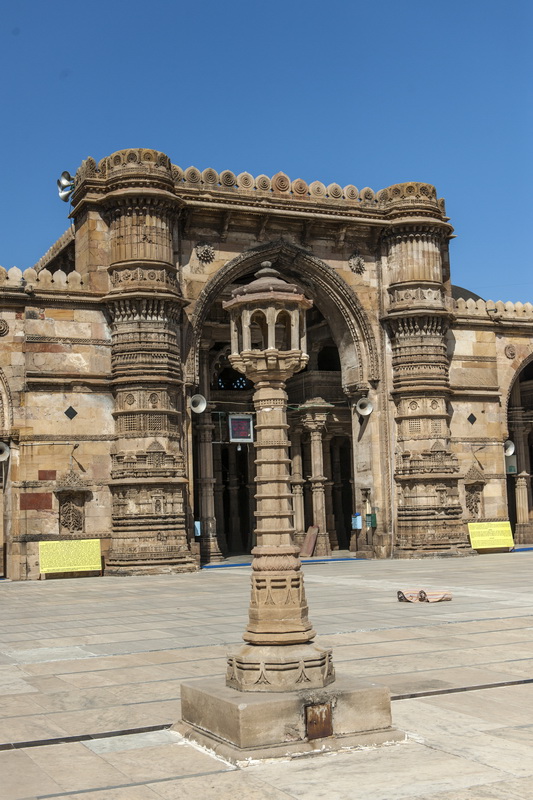 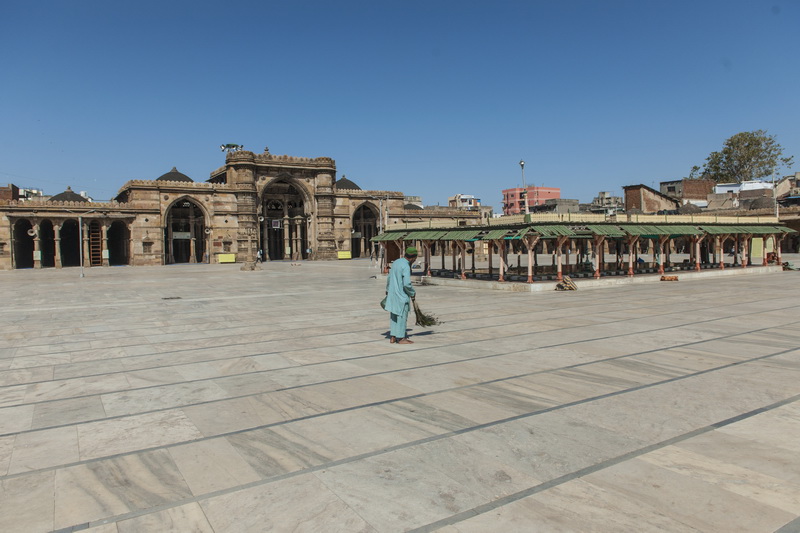 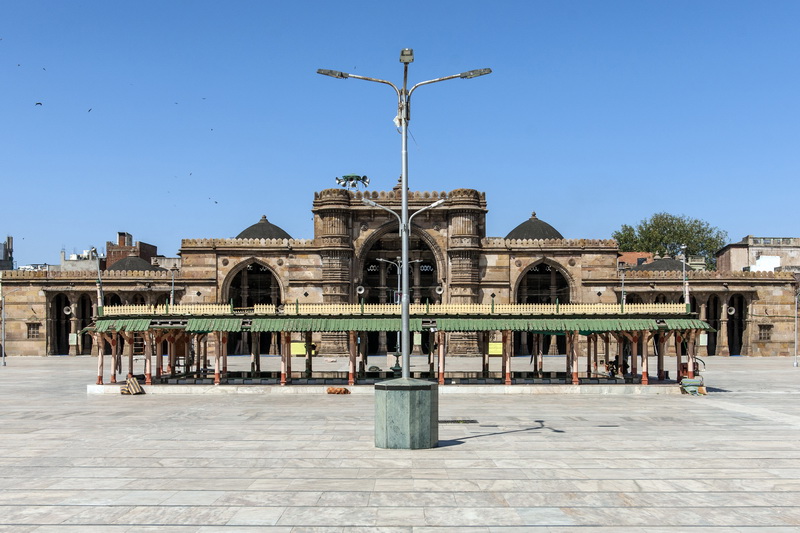 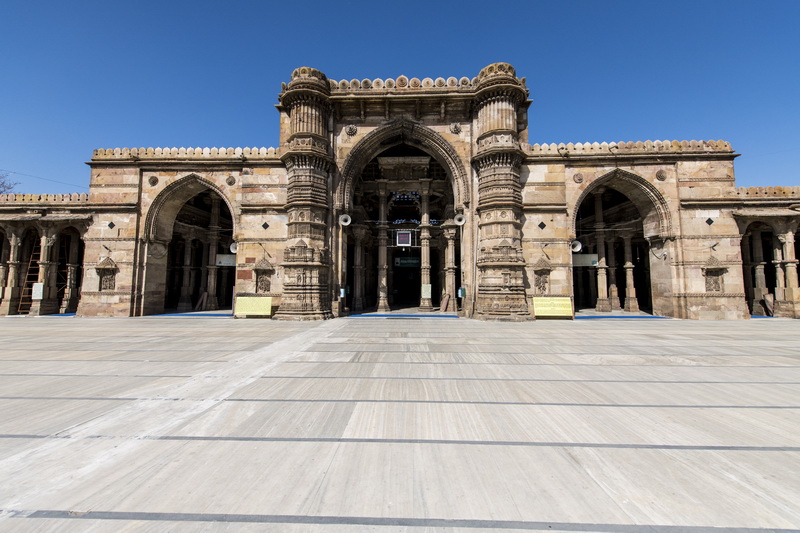 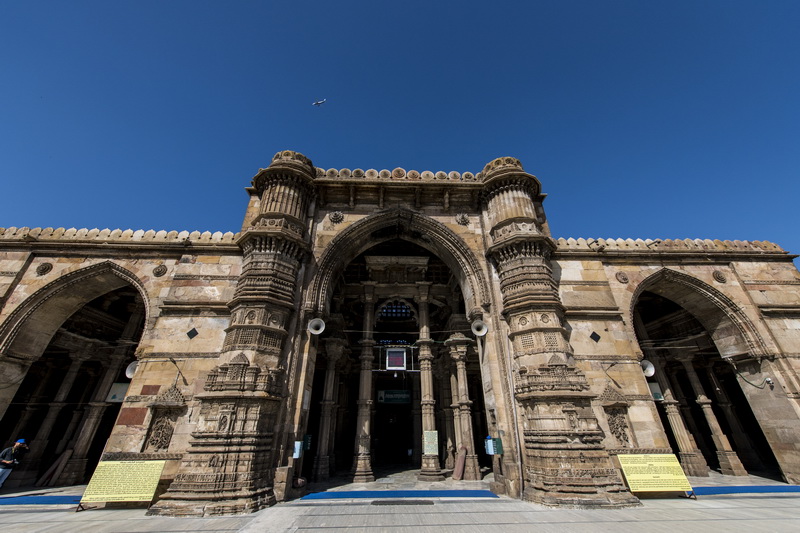 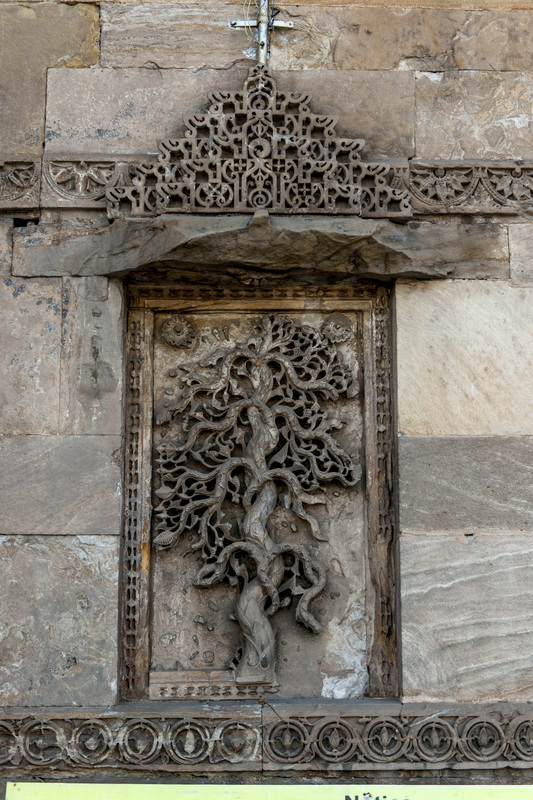 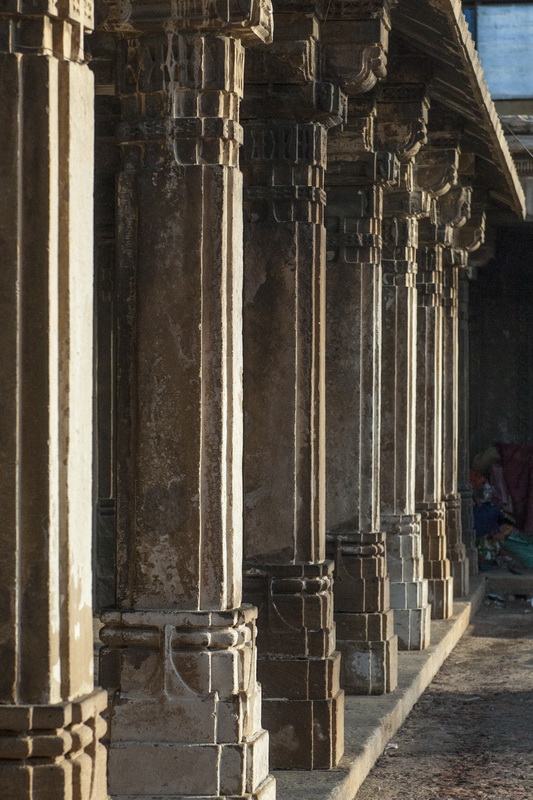 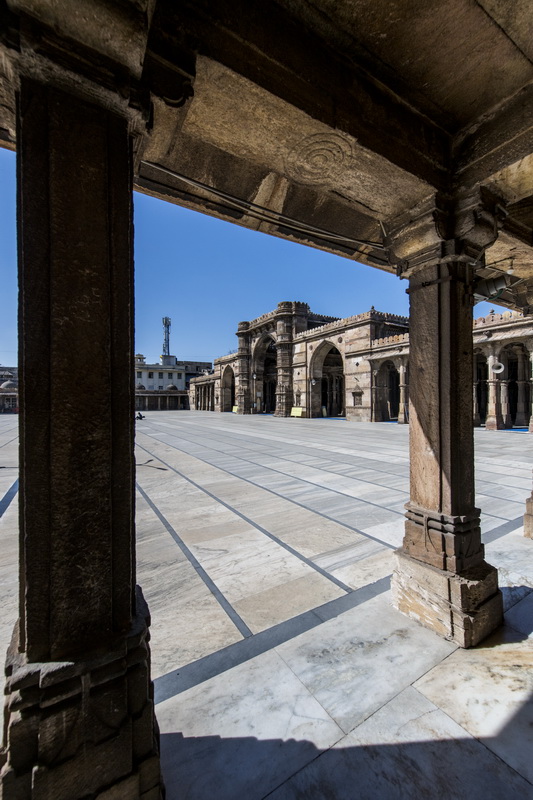 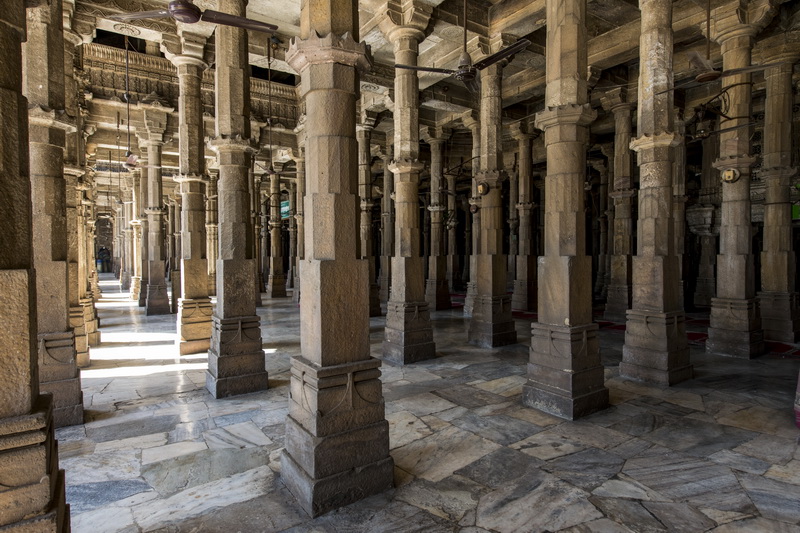 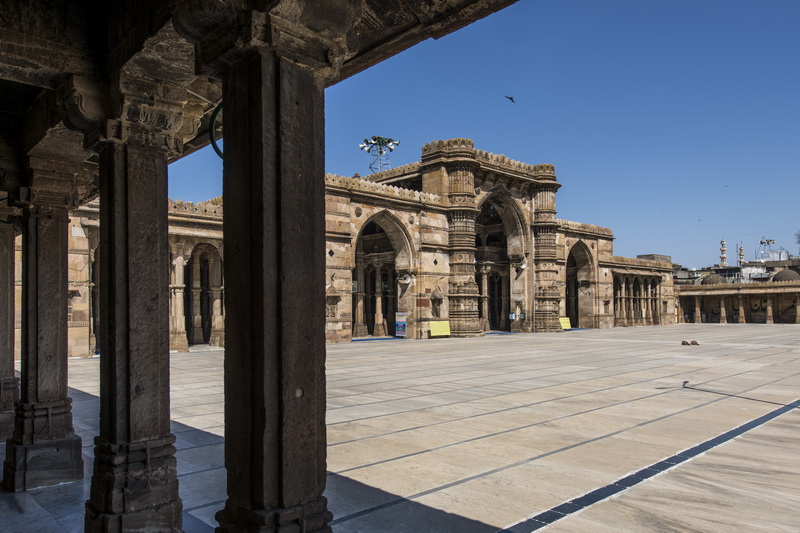 Jama Masjid, also spelt Jami Masjid, is a spectacular mosque located near Teen Darwaja. As the Friday Mosque, it is among the busiest in the city, thronging with worshippers on Fridays when thousands congregate for the Namaz.

Jama Masjid was built in 1423 and completed by 1424. It was said to be the largest mosque in India at the time and is still among the most beautiful in the country. It enjoys a location at the intersection of main roads with the Bhadra Fort and the Teen Darwaja nearby.

The mosque is entered by a huge marble-paved courtyard with the ablution area at the centre and on three sides are colonnaded galleries. The sanctuary presents a symmetrical façade with two smaller arches flanking the principal arch. Inside, the three-level hall has 260 columns that support the roof which has 15 domes. The two-level zenana has pillared galleries behind finely perforated stone screens above the main sanctuary. The central octagonal lantern rising through both storeys is unique. Five mihrabs indicate the direction to Mecca. The lighting is gentle, screened by the perforated stone between the galleries and verandas keeping the harsh sunlight out of the interiors.

The mosque is well-preserved except that it lost its pair of minarets due to earthquake-damage in 1957.

The mosque was originally intended only for private use of the royal family members of sultans of Gujarat. Later, general public was allowed to visit the mosque to offer their prayers. This site is supremely sacred site for Muslims.

Approximate Distance From This Site: 0.29 Kilometer
The Magen Abraham Synagogue

Approximate Distance From This Site: 0.37 Kilometer

Visitors are welcomed, however they are expected to maintain the quiet contemplative atmosphere, take away their shoes and do not disturb those in prayer. In the time of prayer, you must keep your head covered and women shouldn't enter the main hall.