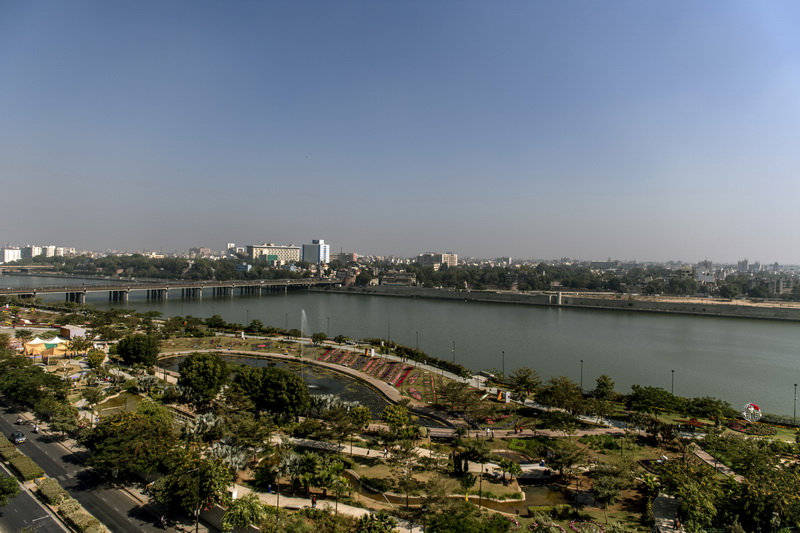 Previous Next
Ahmedabad’s Popular, Nature, Parks & Recreation, Sites With Audio Guides, Sites with Bluetooth Beacons
Approximate Distance From Where You Are: 212.73 Kilometer

This colossal project aims for environment improvement of the Sabarmati River by reducing erosion of the banks and flooding of low-lying areas of the city by constructing walls on both banks of the river, sewage treatment and ensuring the river does not become a dry bed in the hot months.

The idea of redeveloping the areas along the Sabarmati River was envisaged to overcome the seasonal nature of the river that would swell and flood the surroundings during the monsoon and become a dry riverbed in the hot months. The first plans were suggested in 1961 by Bernard Kohn, a French-American architect, educator and urban planner.

The idea emerged again in 1997 when Ahmedabad Municipal Corporation (AMC) set up the Sabarmati Riverfront Development Corporation Ltd (SRFDCL), a special purpose vehicle, in May 1997 funded by the Government of India.

The roads along both banks offer an easy movement of traffic. These roads with their carriageways have decongested some of the thoroughfares of Ahmedabad. The waterside promenade offers a walking stretch of more than 11 km on each side of the river. Along the riverfront road, are public parks, gardens, footpaths, parking bays and cycle tracks.

The parks along the riverfront have become venues for large scale events like the International Kite Festival and the Annual Flower Show. The riverfront has also become a centre for sports like marathons and cycling events.

Exhibition centres and other facilities are being constructed along the riverfront.

The flower garden at one of the promenades is a home to more than 330 native and exotic flower species.

Approximate Distance From This Site: 0.43 Kilometer

Entry fees is only for Flower Park. Flower park is open on all days of the week, except on Mondays.